So after a lot of research and consideration for what I really needed/wanted, I finally picked up my vehicle! It’s a 1999 Ford 7.3L Diesel Van that was professionally converted into a Shuttle Bus after rolling off the factory floor. With just under 150k miles it runs great and has minimal issues for a 21-year-old vehicle, and I got it at a decent price for just $3,000. I was pretty excited to get the “Ford Million Mile Engine”, with proper maintenance this engine is statistically likely to last well over half a million miles. 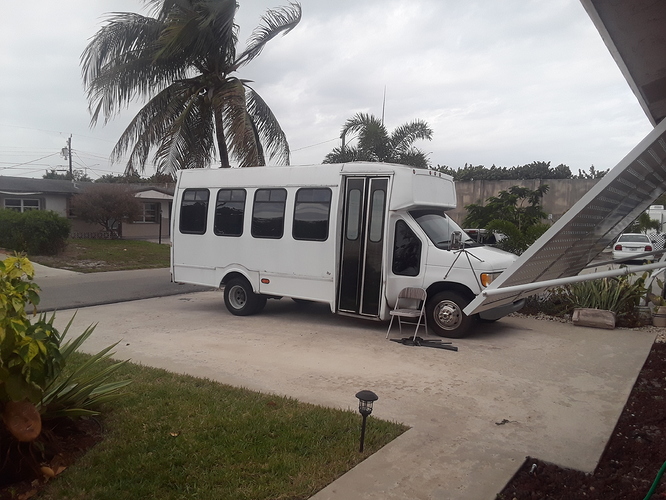 So far I’ve removed the floors on either side, which had a lot of rot from a few leaks in the roof, where I also ended up finding some rust. But thankfully I’m fairly handy, and where I’m not I have an arsenal of professional contractors as family members that are going to help me get everything ship-shape. 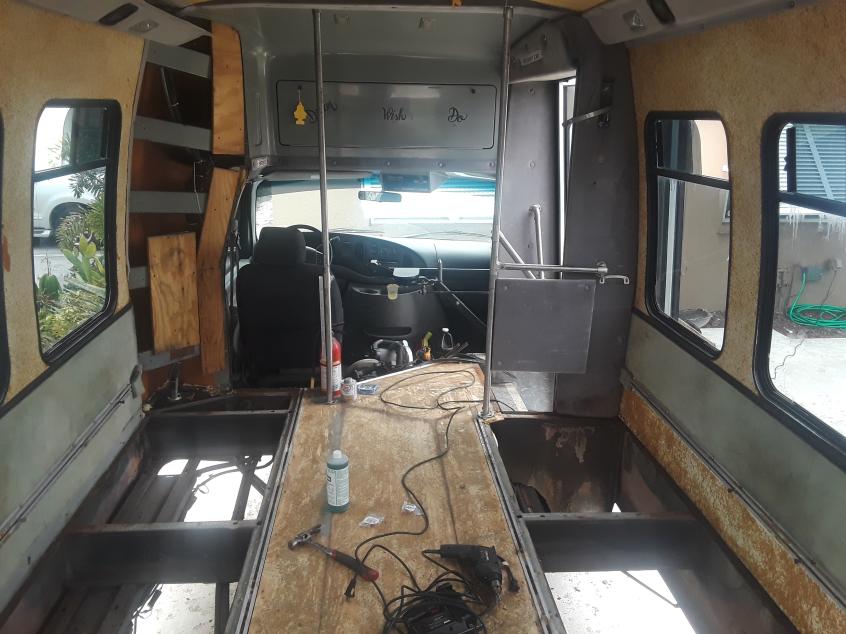 Going to do a bit of roof sealing, then rust busting, followed by a wee bit o’ welding before putting those floors back in and actually starting the interior. So far the project has been a lot of fun, and I’m excited to get to the “good part” where I get to do the interior. I’ll post more photos here as I go along, for any that might also be interested in this type of vehicle.

Now comes the fun part! What factors had you decide on this one?

Simple (Cheap, Haha)
I’m aiming to avoid all the “fancy” the Youtubers put into their vehicles, but also some of the excess “fluff” that campers and such come with that I just won’t use. I’ve spent the last two weeks re-doing the “foundation”, a series of tasks just to help ensure the longevity of the vehicle itself. Now that I’m on the verge of beginning interior stuff the plan is to just stick to light wood-based structures, I’ll most likely just have an all-wood interior with no extra fluff for the first year or so.

Modular
During my research phase, I read from many different people that their “first build” was riddled with mistakes or regrets. Later builds, once they had a better understanding of what they really wanted/needed while out on the road, were much better. So I’m aiming for each section to be modular, when all tied together they are sturdy. But if in the future I decided to redo everything, it wouldn’t be a huge chore, and I could remove each section without a lot of fuss.

Self Sufficient
My biggest thing is being self-sufficient, and having backup systems to further support that endeavor. So solar as my primary power source, but a small generator as a backup just in case. I plan to spend 90% of my time out Boondocking, so the more self-sufficient I am the longer my trips can be. A decent amount of water storage, my filtration system, and as few energy-dependent items as possible.

Got my floor in!

Busted the rust, hit it with loads of Ospho, sealed it with rubber spray, lined the edges with great stuff to help fill exposed gaps, and finally put the floor down with metal screws and wood glue.

Drilling through the steel was a bit of a pain in some spots, but Titanium bits got the project back on track. Cobalt just wasn’t doing it this time.

Got my floorplan laid out so I could see what kinda spacing I’d really have. Still toying around with it, but will either be putting the framework in next month or doing the solar on the roof. I haven’t decided which I wanted to pursue for next month’s project just yet. 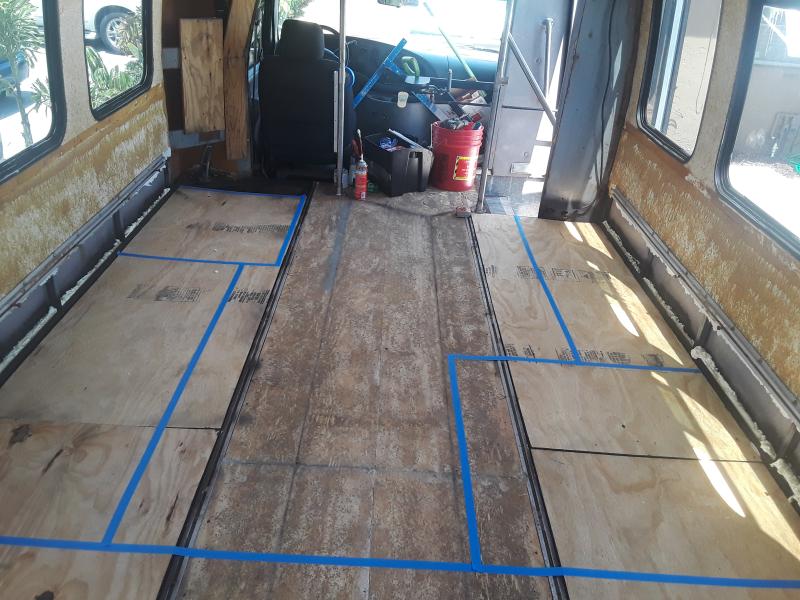 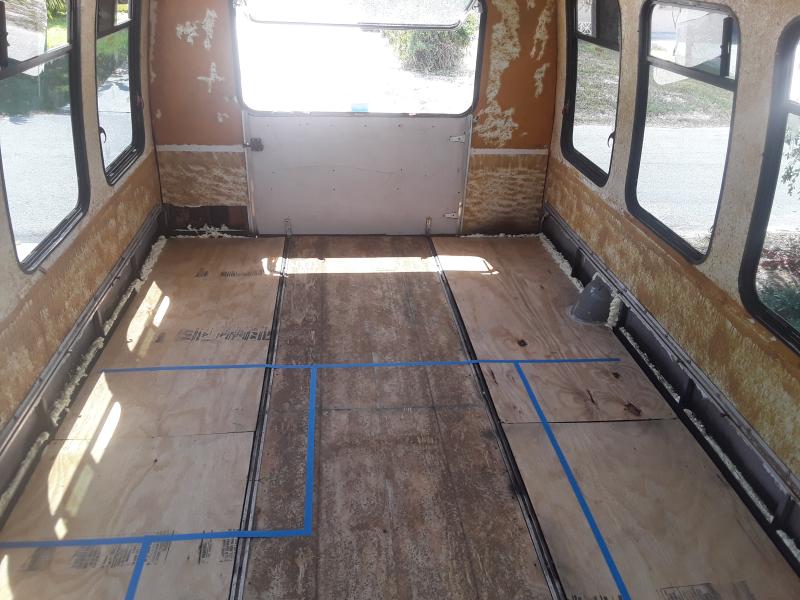 Simple, cheap, reliable, modular, & self contained are some of my favorites. Solar not so much…

Ok this is the first time ive seen a taped outline like a potential crime scene. That is brilliant. It looks great so far, cant wait to see the progress. We all have plenty of time right now.