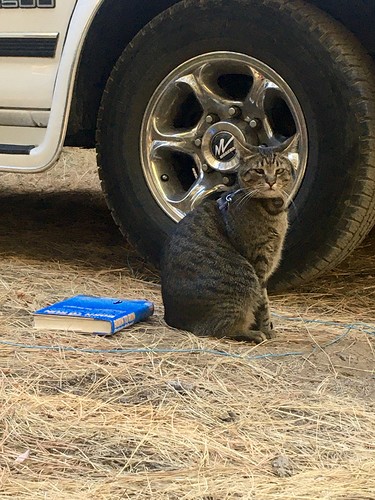 image3024×4032 2.52 MB
Now that my build is finished and I’m gearing up to hit the road, it has occurred to me I haven’t thought much about security. My biggest worry is the van itself being stolen, and for one reason only- my cat travels with me. It really frightens me to imagine that if I leave him in the van (safely, of course) for any length of time, there’s always a chance someone could steal the van and drive away with my sweet little kitty man. So, I would love people’s thoughts and experiences on securing your home. For a little info on me, I stick to very dispersed camping. Cat man isn’t a huge fan of other cars so we find really quiet BLM/NF spots most of the time. Occasionally a rest stop if we have a town day and don’t make it back to woods before dark. Other than errands and running, I’m with my van.

Steering wheel bar/lock- looking at these on Amazon, they are not too expensive but have pretty bad reviews as far as actually working. Maybe worth it as a visual deterrent?

OBD gps tracker- found a well reviewed one for around $80, plus activation and monthly fee. I thought it might be handy for family to track me, as I’m a solo female. But would hopefully come in handy if van is stolen.

3 Channel dash cam (front/rear/cabin)- I like the idea of getting this, if even just for accidents. But I was wondering if it would be useful at all if the van was stolen, I’m guessing I could access footage through the app? Could be useful in the event the van is robbed but not taken. And could monitor the van and the kitty from my phone during errands. I have never owned or used a dash cam. Here’s the one I’m considering- https://www.amazon.com/dp/B084TBF5YM/?coliid=I1Q1DLAEY7ULQ0&colid=3MKPO1QC64WHJ&psc=1&ref_=lv_ov_lig_dp_it

Additional locks- I’ve seen people install additional locks on their doors. My van is a ‘99 Chevy express, and the only ones I’ve found that would work are very poorly reviewed. But also maybe a visual deterrent?

Etc?- I have heard of people using ratcheting straps to hold the front doors closed. I wondered if maybe it was possible to install latch or chain locks (intended for conventional home doors) on van doors? Also, ‘video surveillance’ stickers.

Windows- my van is all windows. I built over the three windows that don’t open, but all others (one on each of the six doors, plus one additional) are potential break in points I figure. Not really sure if there’s anything I can do about those.

I would rather someone gut the whole van than take it. If I had to choose between the two, I’d help the perp pack up all my gear! It’s all about the cat boy, he is a dear friend. Generally my ‘fear’ level is very very low. It is higher here as I’m responsible for someone who cannot protect himself. Any thoughts would be highly appreciated! This forum has been so awesome, I really appreciate you all.

I never will understand putting on extra locks when the van has glass windows. No matter how many locks you have they can always just break the glass.

There are a handful of things you can do to beef up security a little bit, but being aware of your surroundings is the most essential. You can put security film on your windows - it won’t make them shatter-proof, but they will be harder to break. If you’re worried about someone trying to break in while you’re inside (particularly if you’re urban, as I am) you can put simple sliding or hook-and-loop locks on the inside - if someone pops the lock on the outside (easy to do or so I’m told), there will be another step before they can get in, hopefully enough time for you to react. You can put solar powered motion sensor lights around the van too, these are very cheap on Amazon and if you attach them with high-powered magnets, easy to take on and off when you’re not using them. (Although if you’re boondocking, the critters might set them off constantly - same with a car alarm.) As for a GPS tracker, an easy and cheap option is a data-only SIM card in an old cell phone stashed away somewhere (it would need to be connected to a charger). Another good idea is an ignition kill switch, or an extra switch somewhere that has to be pressed to start the vehicle. Good luck and stay safe!

If you’re worried about someone stealing the van, you can install a remote/hidden start circuit cutoff switch. Police cars have a foot switch hidden under the carpet next to the brake pedal that has to be pressed to start the car. Use your imagination, but most importantly is to stay aware of your surroundings and get out of Dodge if it doesn’t feel right or a situation starts to develop.

I use a Simplisafe system with door and motion sensors and stickers visible from all sides plus a lockable safe under my passenger seat.