I’m looking for opinions on what is a fair selling price for my van, see link for description:

I am sorry I find am that absolutely insane. You may find a rich person with money to blow but it would take that special buyer. I feel like it’s like buying a house in a horrible area. You can make it a mansion but you’ll never get your value out of it.
Look at 95k class A vs this! I know for a whole different life style but it is competition just that same. People need to factor in weight of builds as well I think. But. Great job and I maybe completely wrong and you have a big market. I hope it works for you regardless. I see people struggling to sell 30-50k models often. A lot of value is the van and mileage. This individual taste and preferences to specs added on.

I would say price which I don’t mean to offend and I know this took a lot of time. It’s a Ram 25k.

Cargo van campers are EXTREMELY hard to sell in most areas, and usually seem to eventually sell for roughly the cost of an empty cargo van plus $1k if you’re lucky. Campers with lots of windows are where the moneys at.

The fact that there seems to be tons of Promasters for sale cheap doesn’t help either.

Where I’m located that van without anything in it and in excellent condition with that mileage is ~$15k. I would take that, add the cost of the gear, and hope you get something back for you time spent. I see a lot of completed conversions for the same type of van for about $50 - 60k. These all seem too have very low miles and are only a year or two old.

The conversion do not cost anywhere near that amount. Yes time consuming to a beginner. But it was your choices you build you money. You can’t expect to get that back. If you did such an expensive build you should have went with most desirable van, Mercedes. Some of those are up there. Why would anyone pay that when they can go to rv lot?! They whole point is customization and mainly—-affordability.

If you get tangled up following the promoter’s advice, it get’s expensive fast, and the end result is uncomfortable, inconvenient, and unreliable. They convinced me that their way was better ONCE… It was all lies, just designed to make them money. My current $700 van & under $300 conversion, is at least 1,000 times better than their $30k van and $30k conversion. That’s the ONLY time I ever spent over $2,500 on a rig, either a factory job ready to go, or the vehicle AND the conversion, and every single one of them was FAR better.

The promoters are looking for suckers, and unfortunately they’re finding tons of them. That’s why there’s so many DIY camper vans for sale at ridiculous prices. In the end, their victims lose most or all of what they’ve invested in a conversion that they hate once completed. Others find the lifestyle they got sold on, simply doesn’t exist, it isn’t all rainbows & roses.

Factory camper vans & motorhomes from the 70’s & 80’s are cheap, better built than the newer stuff, and frequently have very low miles and very little use. They have all the important amenities which include a toilet & shower, heat, AC, power, etc. They don’t need stupiid stuff like expensive batteries, solar panels & controllers, or 12v compressor fridges. Unneeded stuff that will never pay for itself. On the older ones, quality and comfort came before greed. The engines were better, the transmissions were better, everything was better, and if properly maintained, they’ll outlast 99% of the newer stuff.

My current rig is a 1973 with almost 500k miles on it, on the original engine, transmission, etc… It get’s a reliable 18mpg on the road, and 15mpg in town. It’s never needed anything but normal maintenance in the 10+ years & 250k miles I’ve owned it. It was cheap because the promoters had convinced the previous owner to gut it and start over. According to the previous owner, there was absolutely NOTHING wrong with it, and gutting it was a HUGE mistake. Once gutted they realized it would cost a fortune to rebuild it, so they bought it’s twin in a different color for cheap. Great deal for me, so I rebuilt the interior for cheap using my knowledge & experience to guide me, rather than the bad advice from the promoters. It has kept me comfortable for over 10 years now. 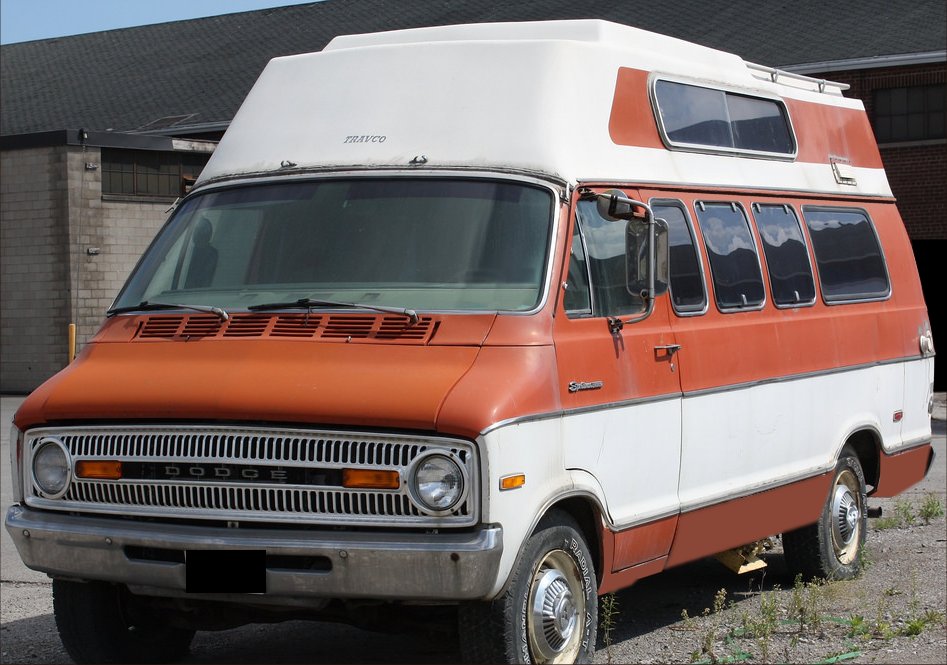