Made some progress in the last couple days. I didn’t want to do anything until I had a title with our names on it, and now that that’s a reality we began work. The van is a 2000 Ford E350 15-passenger version with the extended body, standard low roof. It belonged to one of the Indian Pueblos here before we owned it, and likely spent a lot of time on washboard roads. When I test drove it, it was apparent that it probably needs ball joints and maybe tie rod ends - was a bargaining item which substantially lowered the price. I can do the work myself. It has 110K miles.

Our plan is to use it for trips from a weekend to sometimes over a month, and keep it simple. We’ll build and install a futon platform that’s removable (to use the van to haul things as needed), install a small solar system, vent fans, window coverings, bug nets, and a small folding table to use for a heater or stove. On the outside I installed a ladder rack to mount a solar panel and connections for a home made canvas awning, and a trailer hitch to tow my motorcycles or use a single motorcycle rack.

I just finished testing the electrical panel for our solar system, which I’ll use for fans, LED lights, device charging, and maybe a home-brew swamp cooler. It consists of a 150-watt panel, charge controller, fuse box, and a 110 amp AGM battery. It won’t be connected to the starting battery for charging unless I feel that it’s needed in the future. 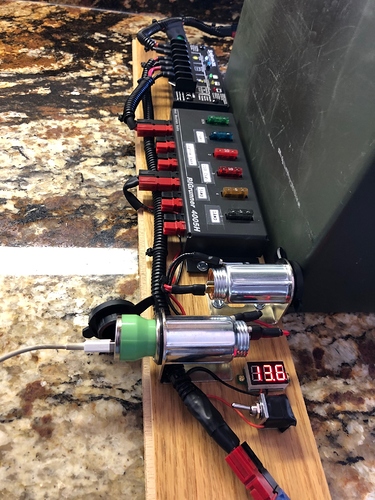 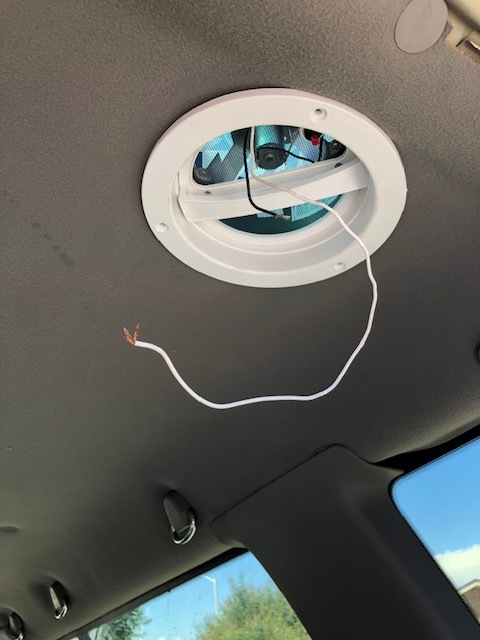 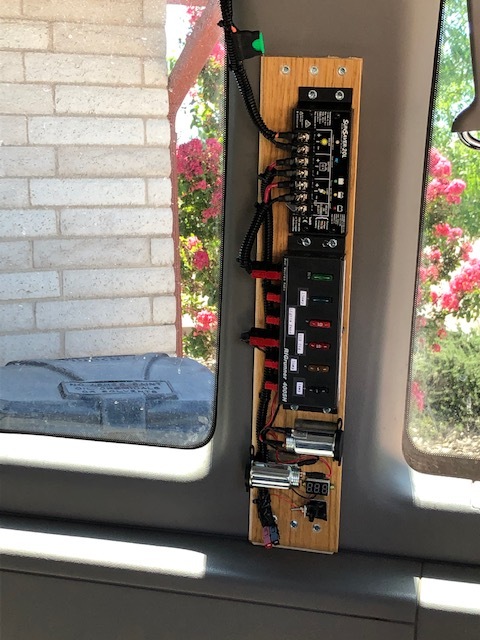 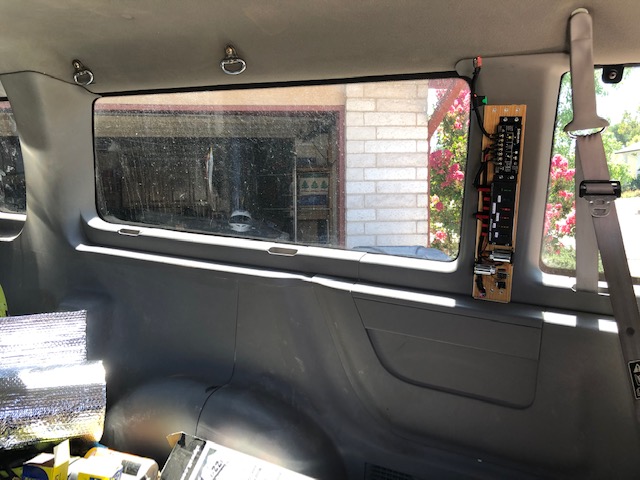 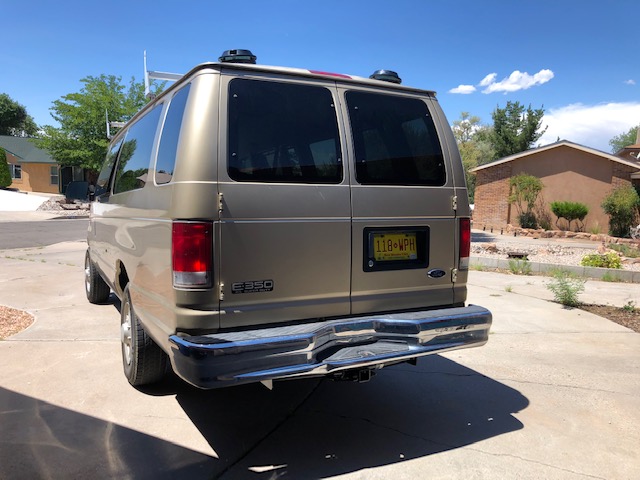 Congrats on getting started!! I hope everything goes super smooth. Looking forward to seeing how this goes.

The roof paint was pretty oxidized, so painted it white; used an oil-based Rustoleum commercial product, applied with a brush. It may lower interior temps a few degrees while parked in the sun… can’t hurt. 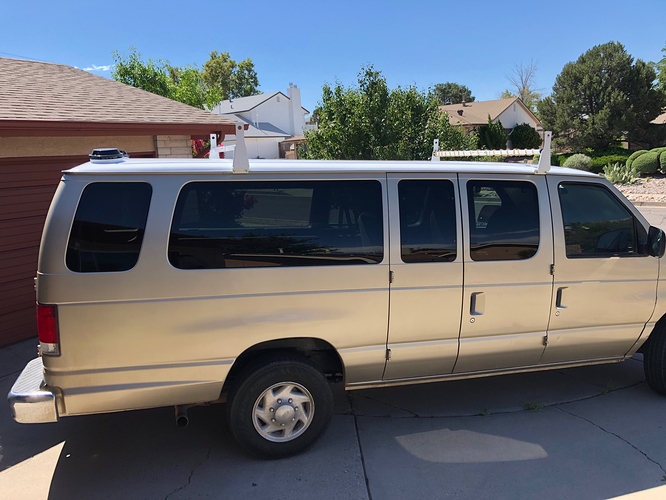 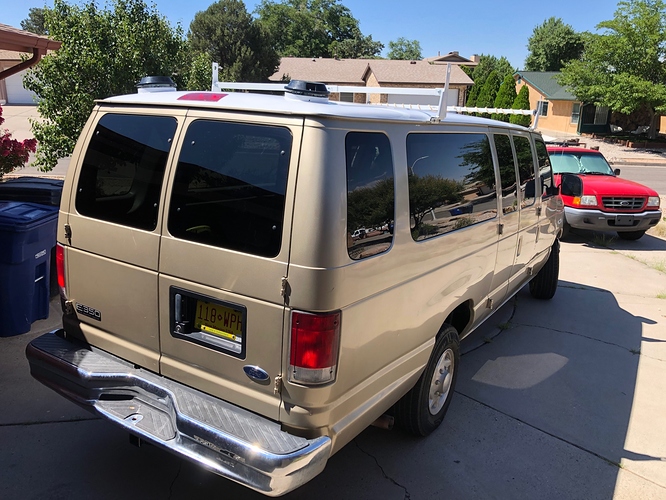 A friend has a full size lift in his garage, so we replaced the ball joints and outer tie rod ends. Brakes and wheel bearings were in good shape, so won’t have to deal with those for the foreseeable future. 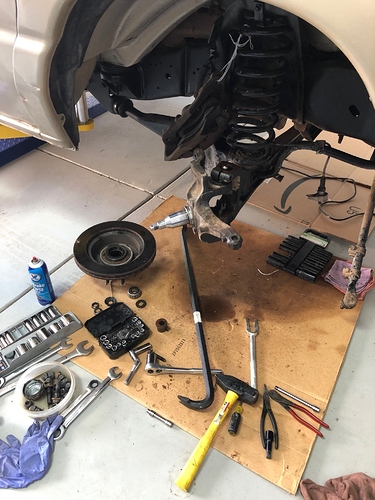 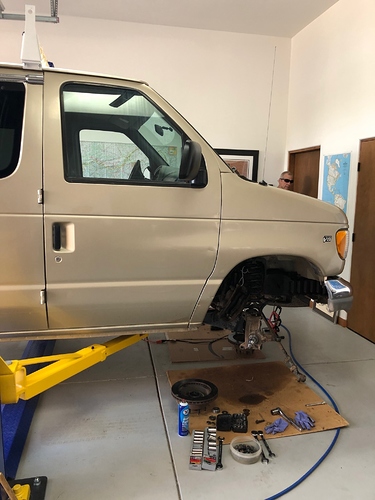 I find that pro-active maintenance beats the heck out of breakdowns.

I spent too many years as a jet mechanic to not maintain my vehicles. It’s a habit that won’t die. Breakdowns out on the road in an unfamiliar place are so much more costly in time and money than proper maintenance. No guarantee that breakdowns won’t occur, but it sure reduces the chance of one.

It’s been my experience that breakdowns will occur regardless of maintenance. Sometimes you’re just unlucky. Roadside assistance is worth it’s weight in gold.

Bretly I think we make our own “luck.” If I see that the tires are threadbare or dry-rotted I’ll replace the tires before a long trip - my chances of a flat or blowout are much less. If the cooling system is losing fluid I’ll get it fixed - my chances of an overheated engine or blown head gasket are much less. It’s very well proven that a well-maintained vehicle, common sense, and attention to detail go a long way in avoiding breakdowns.

Again, we make our own “luck.”

@Axel - I certainly agree with your statement and I religiously maintain my rides and their records, but things however well maintained can only last so long before entire replacements are needed. Also maintenance, doesn’t prevent both tires blowing out because someone in front of you did not properly secure their tools.

Bretly, yes of course you can’t forsee everything, and as you stated nothing lasts forever (don’t buy a van with 200K+ miles and expect nothing to go wrong). But we can avoid many things that some people see as unavoidable if we think ahead and pay attention. I spent decades maintaining and repairing airplanes, and that kind of thinking kept them from falling out of the sky.

There are many things one can do to avoid everything from inconvenience to outright disaster. Paying attention to one’s driving and the road in front of you for example, may prevent you from running over something that could puncture a tire. Accidents are quite easily avoided with proper training, experience, and attention to the circumstances constantly unfolding all around you. I’m bewildered by how drivers, especially here in the US, don’t look far enough ahead of them and get surprised by something I’ve noticed from a mile away. I learned to drive in Germany, have held a CDL, and have ridden motorcycles for 40 years, and my biggest culture shock upon returning is the absolute ineptness of most American drivers.

That’s one reason I prefer pre-computerized vehicles. Mechanical stuff will often give you fair warning of upcoming problems, while electronics just die without warning.

"The only place where health, wealth, money, success,
or happiness comes before work is in the dictionary."
~ Rubber Tramp

All-mechanical vehicles have gone the way of the dinosaur, and in my experience the newer cars have proven to be more reliable. For many things, with an engine code reader (decent ones are around $30 on eBay), it’s fairly easy to diagnose problems. Fuel injection is incredibly simple and reliable compared to carbs once you know how it works, and components in newer cars last much longer, reducing the number of breakdowns.

Following the ball joints and tie rod ends the van needed an alignment. For this I let the professionals with their alignment rack do the job. Today I’ll mount the solar panel on the roof, and maybe the mounting tube for the awning. 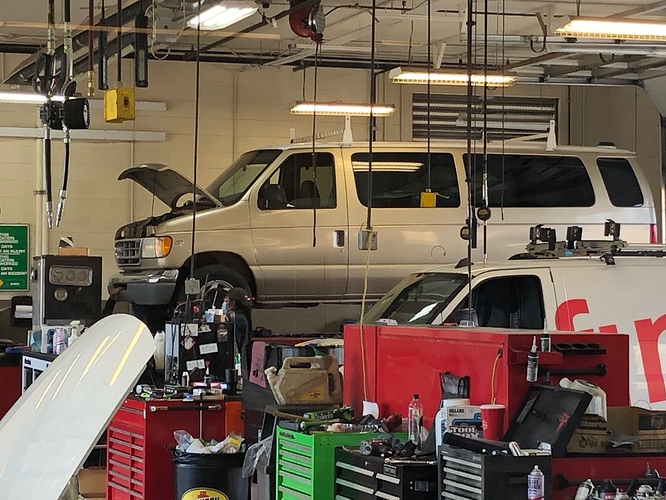 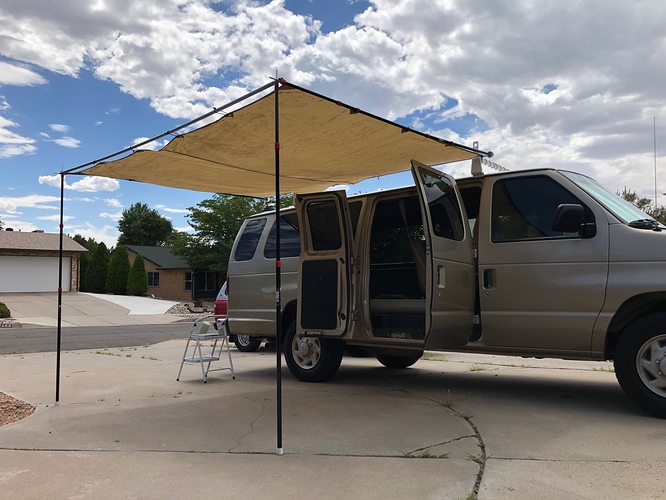 Which panels for your decide to use?

I used a 150-watt HQST panel and a Morningstar SS20L controller. Battery is an Interstate 110 amp AGM type. Will use it to run a couple small fans, LED lights, device charging, and maybe a radio.

Today I connected the battery and solar panel to the charge controller - So now the panel is charging and maintaining the battery. Still left to do for the electrical system is: connect fans and lights, connect the inverter, and secure the battery. Was getting too hot outside to continue working. I purposely got a small inverter (300 watt sine wave) to limit the size of AC appliances that myself, the other half, or friends bring along.