How much power does my van need

so im thinking of getting a 144 wb mercedes sprinter or a ford and some things im hoping to include are. 1. a cooler 2. ac unit 3. 2 double charging plug ins 4. a shower. And im going to use many things like my phone an induction stove and maybe a few other things. how many betteries and solar pannels do you think id need. id lioe to have enough power to be able to run everything and a little left over fot maybe some steing lights at night. so the power would have to last all day because in the summer that ac is gonna ve a neccesity. thanks

It’s not very practical to cook, heat, or cool with battery power. Creating heat and cooling (removing heat) require a huge amount of battery power and a very large means for charging. It’s very hard to have enough solar panels and batteries on a van to run an air conditioner, and then adding an electric cooker and other power-hungry appliances would likely push it well into the impossible.

For creating heat use fossil fuel like propane, for air conditioning use a generator or be plugged into shore power.

If you plan to spend the hotter months in areas with very low humidity (where it’s not too hot) you may be able to get away with an evaporative cooler (swamp cooler) on battery power. Key here is low humidity - evaporative coolers don’t work well where it’s humid unless you use some kind of indirect type. Van Dweller has stated that he uses an indirect evap cooler. I have no experience with indirect evap coolers.

thank you so much for your help. im very new to sar and batteries and i know practically nothing about them. do you know wher ei can learn more

Google is your friend. (With a grain of salt.)

For example, if your 12 volt LED lights that you installed all together add up to 24 watts (say 12 lights at 2 watts each) it means that they’ll draw 2 amp-hours while they’re all on. 24 watts divided by 12 volts equals 2 amp-hours. If those lights are turned on for 6 hours they’ll use 12 amps of battery storage.

Look at the labels and specs for the devices that you’re planning to install. A 12-volt fridge might be rated at 6 amp-hours (amps for short), the lights above use 2 amps, your 12 volt laptop car charger says 85 watts, and the ventilation fan you installed uses 4 amps at full power.

The laptop charger isn’t in amps, so before you do anything else you’ll have to convert watts (power) to current (amps). 85watts/12volts=7.1 amps.

So now you’re working with the same units of measure (current expressed as amp-hours).

Now figure out how many hours you’ll be using each per day.

You plan to use the LED lights 6 hours a day, so 6hoursX2amp/hours=12 amps per day.

But what if you can’t charge the battery every day? (Maybe your solar panels aren’t getting enough sun because it’s cloudy.) For that reason, you might want to double the size of your battery bank to give 200 amp-hours in case of a cloudy day. Always good to err on the side of a bigger battery bank, doubling your expected current draw per day. Keep in mind that lead-acid batteries, flooded or gel/AGM can only give half their rating, so for 200 amp hours you’ll need 400 amp-hours of battery. Lithium batteries are a bit more efficient, but when you get to this size they’re very expensive.

Solar panels are rated in watts, so you’ll have to convert your amp-hour needs into watts. 100amp/hoursX12volts=1200watts, but since the sun doesn’t only shine for 1 hour a day, you can divide the 1200 watts by the hours of sunlight expected per day, so if you live in a sunny location you can probably count on 6 hours of good sunlight per day, meaning that a 200 watt panel might do it, but probably not.

Since the panels are laying flat on the roof of your van, not directed straight at the sun, you probably need to add 30%. Add more in winter due to the sun lower on the horizon - maybe 50% more, so to be safe - at least get a 300 watt panel. That might do it if it’s sunny every single day, which isn’t reality. I would double that to 600 watts unless you have another way to charge your battery bank. 600 watts worth of panels will cover almost half the roof on most vans.

Anyway, that’s just a primer. Having off-grid electricity in a van isn’t as simple as your power at home. Takes a lot more thought and attention, and living this way requires one to be frugal and efficient in terms of power. Let us know if you have any more questions.

so i have to have a different volatage for each item? This is anlot to explore and learn about lol. So i get what your saying is you cant go wrong with too much power but lets day its really hot; how would i keep the van cool. (im planning on travelling with pets). are there any ways i can connect the batteries and solar panels to my phone or a panel to see how their charging.

It’s impractical to run air conditioning from battery/solar. Find another way to keep your pets cool or take them with you.

Please read and understand what I wrote. If you don’t understand something first google it. If you can’t find an answer after google, then ask here. 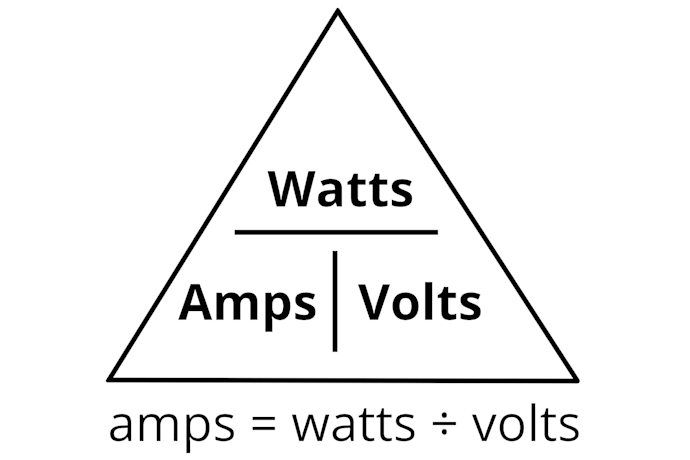 If English isn’t your first language, perhaps one of the online translation services can help, such as “Google Translate.”

It looks like you’ve been in good hands with @Axel, so I’ll just add a few extra notes…