Hi!!
I’m looking at box trucks with a large attic for a loft bed… like the ones pictured. Some ‘grip’ trucks for film productions look perfect. I’m seeing a lot of chevy e350 and e450 's. However now I’m looking at gas mileage again, and might go back to looking for a simpler cutaway box van…
I’m planning to stick around cities and not go too far every day, so the mileage may not be that much of a hassle. There’s always parking though, where smaller is better…
I’m being told to stay away from mercedes, because of the high prices and that they’re difficult to fix …
I’m planning to get quotes for, if I just got a cab and chassis and buy a custom tall box… or, a flatbed and weld my own frame onto it, and make it look like one of these boxes with metal sheet panels…
What do you guys think? 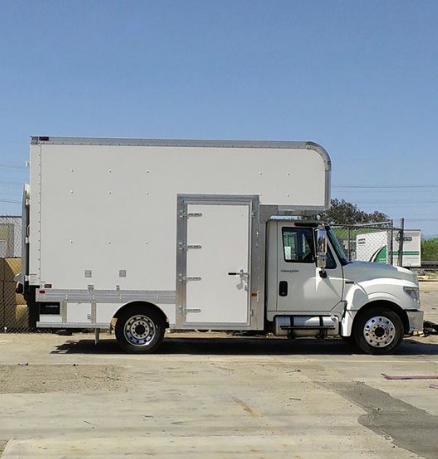 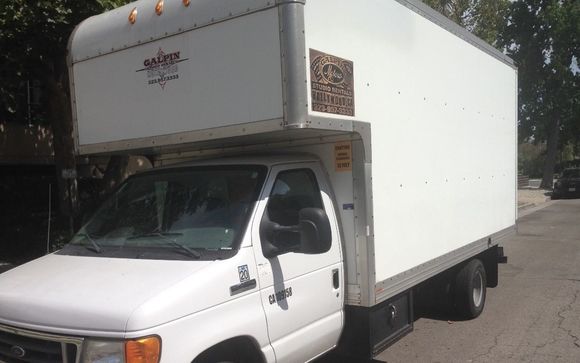 I’ve been doing sketchups too, – here I realized that this type of uhaul would be too cramped in the attic… I’m sticking with a similar layout though 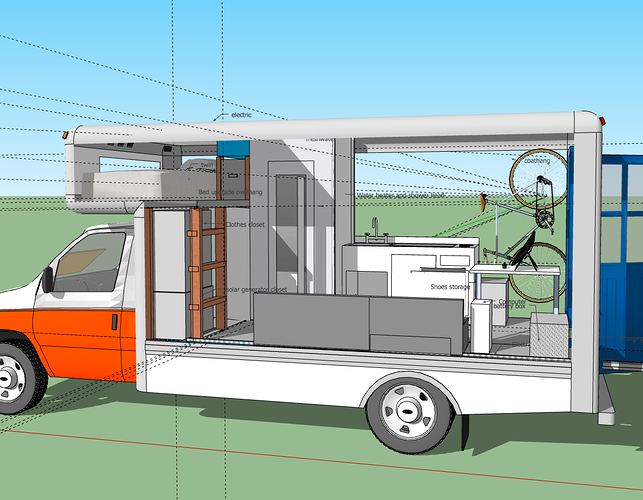 Heck , I’m also considering and researching vans too. I just figured I will want my showers and a toilet, and I want to be able to stand up. I also love natural wood accents and I want it to feel more like a room than a vehicle. I’m only 5’3”…
I like the idea of building inside a box and adding windows to the exact way I like it, including details like a skylight … doing this to van bodies seems a lot harder and I would probably devalue them…

I’m also a big cyclist and want to be able to store my valuable bike inside. Box vans seem more secure and I can always rig metal cages around the windows on the inside for extra security.

I’m of the same mind as you in that the box van offers much more space and square shape/easier build/more stealth[?], but I do wonder how much more gas it drinks?? Have you considered that too. And any guesses as to the answer to fuel economy?

There’s no such thing as stealth when you’re talking cargo vans or box trucks. Anything that doesn’t look like some sort of camper, draws suspicion from everybody, neighbors, cops, security, HOA’s, criminals, everybody. A very obvious Class C motorhome is much more stealthy than a cargo van or box truck, because it is normal for people to be staying in them. Somebody is always watching, and nobody is fooling anybody but themselves. Trying to hide is NEVER a good idea. Criminals try to hide, not harmless campers.

Older Class C’s can also be found dirt cheap, in excellent shape, and move in ready. Building your own is practically never a good choice. The older motorhomes like pre-1990 were much better built than anything newer too. They get better gas mileage, and have much less to go wrong with them than newer ones.

Floor plans mean everything, and there are floor plans for everyone. You just need to find the best floor plan for you, then live in it as it was intended. Don’t remodel it, don’t add solar, etc. etc. The people suggesting this nonsense are doing it for their own gain, not yours. They are sleazy sales people, right up there with anybody suggesting you should build your own from scratch. Most likely they are getting paid very well to give terrible suggestions & advice to others.

Passenger vans and buses of any size are more of a gray area. Many honest people who have no reason to try to hide convert them. They almost always cost substantially more to convert than a factory camper would cost, and the end result is almost always far inferior to a factory unit as well. Can it be done? Sure. Should it be done? That answer is highly debatable. Most of the people I know who have built their own, would never do it again, and highly regret their decision to DIY in the first place.

For me, it’s partially a money thing too. Do I want to spend under $2500 for a move in ready house on wheels in excellent shape, or do I want to spend tens of thousands of dollars for a DIY project. Which will save me the most money long term? My current under $1500 rig paid for itself within the first few months, and I’ve been living in it trouble free for over 10 years now. Previously I had a $70k DIY camper, and in under a year I lost over $30k on it. It was the most expensive, yet miserable vehicle I ever lived in. It was a cargo van that I had been convinced to build as per online advice. Expensive everything, that constantly broke or didn’t work as described. Newer vehicles also suffer from depreciation, an unbeatable battle. In contrast, an older fully depreciated vehicle will hold it’s value. My bragging rights aren’t about an expensive rig, they’re about my life, my adventures, and how much money I save without compromising on my comfort or convenience.